So me and my homies have been discussing the state of the game, the meta, things like pistol running and not bringing in high-tier gear for fear of getting killed and instead running cheap kits and rushing to loot spots and stuffing up the ol' prison wallet.

The core gameplay issue here is that it feels kinda bad to run high-tier loot and then get killed by someone running low-tier loot. Because it means you don't want to fight them because you are not getting any good loot from killing them. Whereas they have everything to gain from fighting you, and nothing to lose because you won't take their gear and all the worthwhile items are shoved up you-know-where.

This seems to cause a loop where it feels bad to be the idiot souped-up in slick altyns only to get killed and give someone running worthless gear all the upside.

Here's a way I thought to solve many of the issues we are seeing in the game:

I think this is a pretty genius change, because it solves the core fighting mechanic issue that you find a ledx, and just shove it straight up the bum, and have little cares to get out of the raid alive.

It also solves the issue of racing to high-tier loot areas because geared players who are arriving to resort / techlight quicker will have a chance to kill you and actually take the ledx.

This will promote more positive PvP environments and give more of an incentive to gear up because you can't just shove valuables up your butthole and instead will lose your items (realistically) if you die.

At the same time, it still gives the containers their purpose, which is to make the game more forgiving and allow poor players to bring in meds and some ammo and stuff and not lose it all if you die immediately.

Are you new and looking for some help?

I've just seen a couple posts of people that are lost and looking for help, this community can be insanely awesome when it comes to new players. ... 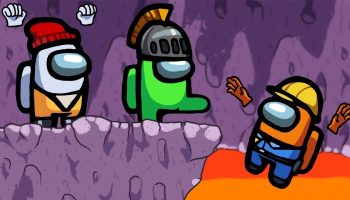 My sister was cheating so I made her think she was getting stalked.

So we just got among us on gamepass and so my sister thought she could use 2 devices to cheat. I thought "she shouldn't do that!" So I ...

Wargaming plans on changing the progetto 46 like the rest of the Italian mediums tanks by removing the gun rammer. The problem is that it means ...

Just my thoughts on the title topic. Feel free to agree or disagree.

For one thing, arbitrary price changing leads to really weird scenarios where ...