The game has too many bugs and hackers for how long the game has been out.

I started playing the game 2 wipes ago, and when that wipe ended. I paid for the Edge of Darkness edition of the game because at the time it was practically mandatory at the start of the wipe if you wanted to actively compete with other players and enjoy the game like everyone else. I stopped playing because of the amount of bugs and hackers me and my friends repeatedly ran into repeatedly.

Recently I attempted to rejoin the community and give this most recent wipe another chance to prove to me that I didn't waste $140 on a buggy mess filled with hackers and horrid AI. I started strong and advanced to level 40 within the first 4 weeks of working some and then getting home and playing some. But that doesn't help the game's case whatsoever. I have yet to go 3 raids without a bug or a hacker since the beginning of the wipe. The AI hasn't been changed at all and every patch invites new bugs (some that seem to re-appear after BSG claims that they are fixed). It makes me think about why I paid $140 for a mess of a game that's been in development for 6 almost 7 years. Was it peer pressure? Was it the promise of the design? Was it the look of the game? It's obvious they didn't start with an 80 person development team but the argument that "It's a small group of developers" does not apply anymore. It's clear that the team has baited in thousands of players with game design and graphics but won't actually make the game run how it is intended. Bugs, servers, and AI need to come before content. Whether or not it's content that makes the money and baits in new players. People already paid $140 for a game why should it have that many issues?

Real Infantry tactics that can help boost your survival

These are all little things I learned from my time as a USMC infantryman, and do actually help a good bit in this game.

Currently maintain an above ... 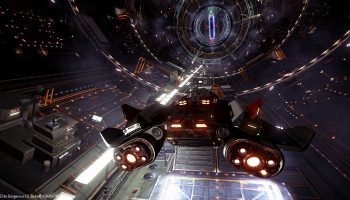 Discounted Lacon ships have one thing in common: they all could really use improvements.

Post the four deals you receive here, and I'll do what I can to compose a list of what is considered Daily, Epic and Legendary deals in the ...

Gameplay tips from a guy that doesn’t like losing.

As the title suggests, I love the game and I've used a lot of strategies that I noticed most players don't. So far they're tried and ...