This morning I got the most stressful win as inposter.

The other imposter for voted out like first thing because someone saw him kill, so it was pretty much a single imposter game.

I killed a crewmate in electrical, but cyan came running up the moment I hopped in the vent so he reported and I quickly blamed it on cyan. The other crewmates believed me and said they would vote me out next round of cyan wasn't the imposter (Confirm Ejects was on).

I sabotaged lights immediately so the emergency meeting couldn't be called, and followed someone down to electrical. I killed them at the lights panel. Long story short I managed to pull the win by stacking up bodies in electrical.

I don't know why I wrote this, I just thought it should be brought to the community's attention (again? It's probably been done before, sorry if it has), that it makes the game a little too easy for the imposter.

You'd probably expect that there's always going to be something that ... 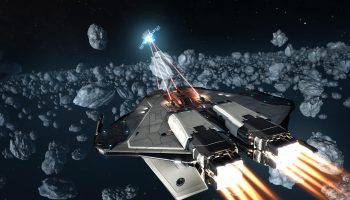 There are 2 methods to fuel scoop, passive and aggressive.

- Aggressive is when you circle star at minimum distance. This way you will heat up fast ...

Damage needs to be relevant in ranked.

The pace of the game has slowed down tremendously. As I'm transitioning towards the higher tiers of silver/gold with my friends people seem to ...