Yesterday I made a thread arguing about a solo mode, while it was pretty much accepted by most people who commented on it, it didn't gain any traction, it's to be expected, it's not a funny screenshot of crypto's drone or some random shitpost or low effort meme ( Seriously why are those things allowed outside of weekends ? ).

Now, I just want to comment on the general state of apex and everything that surrounds it. While I'm not one to spam the sub with complaint ( Actually I am that's two threads in a row doing just that ) I'm quite confident that now is a good time to express that pent up frustration with all of you, the devs and that wraith who stole my ammo and got me killed because of it.

The big bad meta, the ender of all games and ruiner of fun, how good is it, what good does it do, why can't I just run a double mozambique loadout and get away with it and is it killing apex ? Short answer : This is all personal opinion and I'm not going to dwell on it but :

Currently, ignoring the atrocity that's the devotion, I think the meta is in an okay spot, surprisingly, the volt feels better to play and play against than the sweat99. The shotguns are still a mess and, while not fond of the sniper buffs ( muh damage fishing ) I think it diversify loadouts and that is always a good thing.

tl;dr : Put the devo back where it belongs and the meta will be fine.

TTK reverted, this is a buff to good players, or bad players, or average, I don't know, I think this ordeal was blown out of proportion, smol HP could actually have been fine with a buff to healing speed, if you ask me.

All EVO's, while I really like the idea, now that TTK has been reversed, I think it's time to take purple on ground and shoot it out back, as it's just a killing blow to the already messy early game and just makes early 8th parties excruciating and even makes the everyone red nightmare that much easier to get.

tl;dr : I really didn't care about TTK and I think all evo's could use a bit more tweaking.

The bad stuff about the actual game

The bad stuff about (you)

This community suffers, and I mean, SUFFERS from company fanaticism, you are all sick, stop sniffing Caustic's bed sheets for a change.

Jk jk, but not really, I have rarely seen such a mentality ( maybe on par with blizzard's boys ) where the moment you criticize anything you are shunned and turned down, sometimes even dog piled, I'm not a fan of subreddits because, let's face it, it's just a hive mind of young people following popular movement, but good god, people just want to better their experience, and maybe yours by extension.

I can get being tired of seeing the same threads every day, but maybe there's a reason why, maybe people want a solo mode because they love apex but hate their teammates, nothing wrong with that. Maybe there's a dozen post a day about SBMM because it just doesn't work. I'm not saying to let all hate threads of two lines go to the top, but cmon, the more you let respawn take some heat, the faster they'll wake up.

And as much as it's gonna make you shit out of pure anger, EA has nothing to do with the poor handling of Apex, they are publishers, their involvement stops at distributing the game and giving respawn V-bucks.

The bad stuff about the Devs

They are pretty much asleep, there is no communication, none, they wake up from their seasonal slumber once in a while to say "we are aware of [this bug that's been here since season 0] and are working really hard on fixing it!" and that ends here.

Let's be fair this subreddit is claiming to be supported by the devs but yet it lacks one thing : Devs.

I get it, they've been working from home, we should cut them some slack ! Look they [fixed] the beacons ! Yes. But no, everyone's been equally hit by the confinement, everyone. Yet, most seem to find a way to get their shit together, I really, really, dislike saying this, but working from home doesn't excuse the fact that their is a tournament going to be played with bugged audio, bugged beacons, bugged ring and servers falling in ruin.

The bad stuff about the community

This is actually filler, since the guilty won't read this, or will just think nothing of it : Stop being assholes, you play with other humans, not robots. Also, to that wraith yesterday who decided to loot the same building as I, and stole the ammo for my havoc I was getting ready to take : I hope the roof of your mouth itches when you clutch.

If you managed to stay awake through all this, first, thank you, second, please, start taking respawn and each other accountable, I love this game, and I would hate stopping because we are all too lazy to do that much.

Cyan : " I was with my mother as a child. I was learning some tasks to do. Some mini crewmates stay at home some get with there perents to work. ...

So I noticed something tonight on the common test server, it appears that I can mount a Commander's Vision System to my Leopard 1, and being a ... 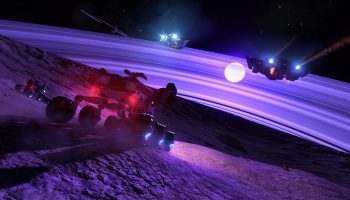 What's are some of your Must-Do or Must-See things in the game? I'm not thinking of things like "Acquire a Python" or stuff like ... 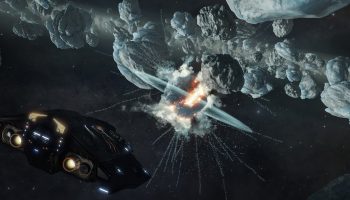 I love EDScout. It is 100% necessary for exploration since it tells you which planets on your route are worth money and which are not. It also gives ...