Artillery is a unit that 95% of the time relies on the spotting of their friendly teammates. Currently, this information is conveyed from the front lines to arty instantaneously. This means that arty will shoot at anything on the map that's both within its gun arc and lit at the same time. This means that even driving a light tank at 60km/hr while spotted is no safety from artillery. I've been pondering for a while about arty and how to balance it in a way that isn't just another nerf/buff to the damaging capabilities of the class. Given how arty is played and its role in the game (a sort of "anti-camping" unit), I had an idea: Delay the spotting information Artillery gets while in artillery-view by a few seconds. I think this is a fair idea for a few reasons:

1) Artillery can still accomplish its anti-camping goals. For this example, let's assume that arty-view is a number of seconds behind the actual locations of all tanks. Tanks that don't move after being spotted will shortly be lit in arty-view and will be made obvious. Any tank that's been stationary the whole time can be shot at, and because they haven't moved they can be classified as "camping". Tanks constantly peeking the same corner or bush will be made obvious and arty can deal with them as well. This mechanic is designed to protect players that want to actively avoid arty by moving. Arty can still do its job of pounding players that stick to one location for too long.

2) Artillery still gets real-time data in TD mode. This one goes almost without saying, but I know a few arty players have now become worried that they'll be rushed by light tanks before they can realize anything. Fortunately for them, TD mode is (obviously) real-time and not arty-view-time. This means they can deal with any close-range problem like any other tank. This also means that arty can swap to TD mode to get an up-to-date minimap, but going to arty-mode will then add the delay to what they're shooting at.

3) Artillery can be "buffed" to combat this nerf. I'm hesitant to list what I think the appropriate buff should be for this section. I'm mostly down for leaving this part to public opinion. Given that this nerf puts arty more in the anti-camping department, I'd suggest giving them higher single-target damage for hitting someone directly. Perhaps more splash damage/radius as well to hit people camping gently behind buildings. What I don't want to see this arty change do is force them to spam shots into Heavy Tank corridors and reap massive numbers.

I believe artillery can still be made a decent class that accomplishes the goal of anti-camping, but in its current state it does not. Tanks right now will see 3 artillery players and instead be encouraged to sit snugly behind a large wall to conserve hitpoints and avoid being stunned. Artillery needs to be something that doesn't hinder mobile players (mediums, lights) from advancing the game. It does need to be something that keeps players from holding one location for minutes on end.

Please leave any suggestions on my concept and if I agree enough I may add them in to this OP under an edit.

I disagree with all "artillery is fine as is" posts.

I doubt artillery would ever be removed so the next best thing is finding a way for it to be fair to all. 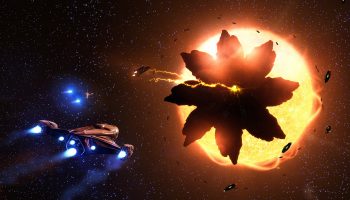 I sold my Anaconda

After a long while of using my Anaconda... I got fed up with it.

It's too big to park in many valuable stations, very slow to maneuver for ...

I’m not a fan of the new meta

I loved Apex so much when the game first dropped. Everything felt balanced for the most part (looking at you wingman), but with the start of season 2 ...

All aboard the WINTER EXPRESS! Event live now! No update required. Details inside.

All aboard the Winter Express! I'm your announcer, Mirage's soothing pre-recorded voice. The train's all decked out, and one lucky ...