So, I usually come back to the game around Christmas, play throughout the event, then leave again, due to getting too frustrated with everything and giving up.

I also come back to see how (or if) the game has improved since last I played as I do also keep up to date with any big updates that come out.

So this year, there were changes to a lot of things, namely Equipment 2.0, so I thought I'd hop in and try it out.

After 2 weeks of being back, I can't help but wonder if it is just me, or is this game getting worse with each update?

Every Tier-VIII game is 90% premiums and maybe 1 or 2 poor souls grinding out a tech-tree tank (not kidding, 1 game I was in had 2 tech-tree tanks to 28 premiums). Every single game has an EBR FL 75 10 or an ELC EVEN 90 that spot everything within 30 seconds and zip around the map being untouchable, leaving us wide open to TD or Arty at the back. Everyone either has no view-range and camo or maximum view-range and camo; I've been sat immobile in a TD behind 3 sets of bushes and spotted by a medium on the other side of the map. I've also had an enemy go invisible on me, despite only being about 1 metre in front of me in a bush.

Tier-IX is a joke, with some tech-tree tanks using Tier-VII or Tier-VIII guns that can't pen the E75, E100, Chieftain, 279e, etc that you come across in a lot of matchups, even if you "dab the 2 key". A lot of tech-tree tanks also don't have enough hitpoints to survive even 2 hits from any Tier-IX/X TDs you might come across (or even some heavies), namely the Jg Pz E100 or FV4005. It also doesn't help that a lot of those players ONLY use gold shells, so no matter how you use your armour, it's about as useful as a sheet of paper.

Every single game has triple artillery, so on any open map, such as Prokorovka or even Berlin, no-one dares to move out of fear of getting gang-banged. In my last game in fact, I was spotted by a Leopard PT A as I was moving in to position, only to be hit by 6 consecutive shells from the T-IX and T-X French autoloading SPGs.

Match-making is still as awful as ever, due to the aforementioned reasons and also because there is no MM based on skill. Sometimes I load into a map and XVM is telling me that I have a 30% chance to win (I know XVM is not "gospel"); a group of 40% Win-rate players with 2K games on my team, while the enemy team has a platoon of 80% Win-rate players with 30K games played.

It also doesn't help how pay-2-win this game is either. Players with full equipment, 8 crew skills and have enough credits to buy every tank in the game 10-times over, using full "premium" stuff like only gold shells and crew-boosters, while us "noobs" are stuck with 75% crews and manual repair kits and fire-extinguishers.

Furthermore, every time WG try and do something "nice", like allowing players to unlock a TVIII premium through playing a "marathon", all it does is cause everyone at TVIII-TX to try-hard and act like maniacs, while only caring about damage dealt and getting hero medals, leading to a lot of frustration and anger.

I mean, is WG ever going to actually take notice of how broken and unbalanced their game is and attempt to fix it? Or are they just going to milk xmas lootboxes and the next 300 TVIII premiums, until there's noone left to milk?

Tips for not getting exit camped on Interchange!

I've seen a lot of posts on here on getting exit camped on Interchange. I know it's a pain when you are walking to EMERCOM ...

I know that World of Tanks has an older player base than most games, and those players are more willing to pay for fun than people who play other ... 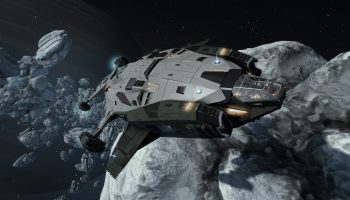 What to do with Krait Phantoms extra optional internal?

So Im toying with switching my exploration vessel from an Asp to a Phantom. But what do you do with that extra internal slot?

★ How to Win your Steel Hunter Battles ★

After experimenting for a bit, testing tactics others have suggested and spending time finding my own, I've finally found the most effective ...