Started to notice something. Its not every game but quote a few.

There seems to be a slight difference in server response on some games. It's very slight and sometimes its more of a feeling than anything else. A very slight 'lag' but I believe this is on a team basis.

I notice things like sixth sense going off later on some games than others.. Things like people getting inhumanly fast shots off at you hitting you almost like they pressed shoot before you left cover. I'm beginning to feel like one side is slightly in front of the other.

Then again other games everything seems spot on. Sixth sense goes off when you expect it . You feel like you can time every shot almost like your opponents feel a little ..slow.

I've also noticed when I'm on the 'slow' side the games end up as steamrolls more often.

Now this is'nt unheard of as there are a few online games where this happens more obviously especially FPS and soccer games.

So maybe this is a possible explanation for events like complete steamrolls. Maybe your team is'nt full of really bad players. Maybe the netcode is against them.

Just a theory but something I think I'll keep my eye on.

Anyone else noticed this? 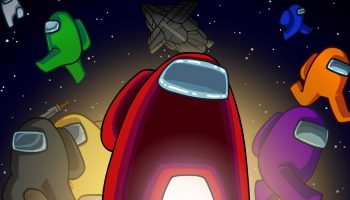 Among Us Live Background Tutorial (Free)

Hey everyone!
A while ago, I saw this post, and like everyone else, I really wanted one of those backgrounds. However, the general consensus was that ...

Thanks to casuals the weight system was nerfed into the ground and is useless. Change my mind.

Gonna get a lot of flak, but honestly don't give a shit.
The threshold is way too high, it's nearly impossible to hit it. All the loadout ...

Detrimental to the game

I know, nobody wants to hear another complaint about Skill Based Match Making, yet it doesn’t seem anything has even remotely changed, however I see ...

Am I the only person who did hatchet runs far more before the flea market?

It seems to me like one of the reasons people give the flea market a lot of hate is for benefiting hatchet runners, which it does in many ways, but I ...