So, i frequent this subreddit and have noticed an increasing ammount of posts from struggling new players. This has prompted me to write this little text to help you understand what the reality of Tarkov is and to save you guys from an apparent spiral of negative thoughts and emotions that eminate from playing this game. For the record, i've played Tarkov – and pretty much Tarkov only – for 3 years.

Right now you are playing a game and experiencing pure frustration, desperation and disbelief in how bad you are at this game. You simply cannot understand how or why you are so bad. You get killed in almost every raid by kitted up chads while you maybe put a dent in their armour if you are lucky. You get shot while not even seeing the enemy, you are solo and getting rushed by 5man chad squads, and all the while you can't even afford using cool, kitted out guns. Heck, you can barely afford a pistol and a backpack. In pure desperation, you resort to being a rat, completely avoiding pvp fights. Sooner or later you stop progressing. You become a true rat, you make some money, you get some quests done, but deep down you understand that you are not proud of it, you are not progressing, you are not getting better, and then you get the creeping feeling.

"Something about me and this game just doesnt work, i am just terrible at Tarkov. Im so good in other fps games, but me and Tarkov is like a toxic relationship, why am I so bad?"

So let me tell you why you are so bad. There are a set of parameters to Tarkov, these parameters influence your overall success in this game alot more than they do in any other game. Thats why tarkov is called the dark souls of fps games. Its fucking hard.
You suck because you are inexperienced in these parameters, and i bet many of you dont even know that some of these exist/are important. Let me list some of them for you;

Or are you going to resort to the usual, complaining and self destructive thought: they are just better than me because they have lvl 5 armour and i only have lvl 3. This will lead you nowhere and only put you further away from becoming more proficient at the game.

How do i know?
Because i have been there ofc. I remember when this game could almost make a grown man cry (me). I remember feeling all those feelings that i hear from you guys now. I remember how it was feeling like you were the worst. Thats how i know.

This has been a long post, but i want to leave you with one last and most important parameter. Time, it takes time to get better. Dont expect progress next week or even next month. At least not "real" progress.

Feel free to ask questions if you have any!

After 6 years, 35k games, thousands of dollars spent, I can finally say you've broken the camels back. The fact that you are changing equipment, ... 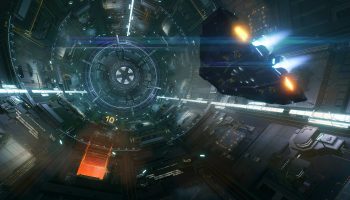 A 100 credit bounty leads to the station killing you now?

So I just returned to Elite after 2 year break, excited for the next expansion, and I heard that bounty hunting got readjusted so I decided to give ...

So I noticed something tonight on the common test server, it appears that I can mount a Commander's Vision System to my Leopard 1, and being a ...

So this is frequently discussed among my group of pretty consistent players who have hit 40 and are trying to figure out where to go form here. Its ...