To start off I have absolutely no problem playing aggressively, and in fact doing so has made me much better at the game compared to my overly passive playstyle at launch. However I think there should be a balance because there are times when making an aggressive play is a very bad idea. I hate getting grouped with tryhards who believe that you NEED to push at the first opportunity you get regardless of the situation. On top of that they'll decide to get unreasonably upset when your squad gets wiped due poor positioning/timing when they directly contributed to the loss in the first place. Few things make me rage in this game, but this type of behavior runs me HOT. Skip to the bottom for TL:DR.

I just got out of a match with a Bangalore with 16k kills. I drop and take on a Rampart, Pathfinder, and a Bloodhound by myself with no backup. Our highly skilled Bangalore spots a squad on the other side of the cliff (the buildings in between harvester and geyser on the map). At this moment, I wasn't even fully healed up, nor did I have enough ammo. We had ample time and plenty of space to loot up before pushing, but I didn't want to leave him by himself so I popped syringes on my way over and looted what ammo I could while sprinting. The enemy team ziplines over to the tower he's on while I'm running to back him up. They're on the roof now, and this guy is telling me to push over comms and chat while he's 1v3ing them. I have perfect cover where I'm at and managed to break one of their shields, and it would've been a much better idea for him to run back to cover instead of 1v3ing them on a roof with no cover. I wasn't very far from him by the way, maybe a few meter.

So while I know pushing out into the open alone is a terrible idea, I'm a team player and didn't want to come off as toxic. So I decide to push while the enemy squad has the high ground and a clear shot at me…Long story short, I push and get shot by a 3rd party sniper from my right but make it up there just in time for me and our other teammate to get downed. Our overeager Bangalore survives, and gets killed by the 3rd party. Of course he blamed everyone but himself for making an incredibly stupid play ALONE in the first place, but I'm not one to argue over comms.

Funny thing is that I re-queued right after that match and he was in my squad again, so he disconnected after the squad selection like a sore loser. I just don't understand people like that, and I absolutely CANNOT stand those types of players because they'll get angry over losing while ignoring the fact that they directly contributed to the loss.

TL;DR. Making "aggressive" plays doesn't mean you're a good player or a smart player if you decide to do it alone without your teammates present, and with poor positioning. There's nothing wrong with retreating to a better spot to allow yourself to reposition for a better advantage. You can have all the kills in the world, or the highest kills in your squad, but can still have very few wins under your belt if you play selfishly.

On game editions, BF sales and goals in game in general.

This black friday sales got me thinking...

Around five weeks ago I finally purchsed EFT after receiving their newsletter since 2015. While doing so, ...

Hot Take: The gold nerf is a welcome change and it won’t “destroy the game” and “ruin bottom tiers”, it will actually make you a better player! Look at Taugrim!

I for the longest time have abstained from gold rounds because I am weird and want to make the game more punishing for some reason. I literally carry ... 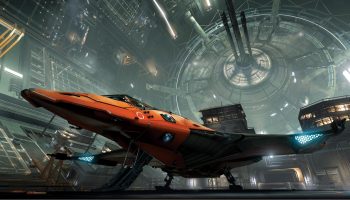 We could Use Some Variety

One of the bigger problems in Elite is that you tend to get into a specific rhythm. In part this is because some things just aren't balanced in ...